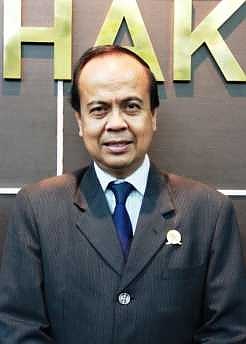 Prof. Dr Hafid Abbas is the Chairman of the National Commission of Human Rights and professor of education at State University of Jakarta, Indonesia. He is also an active columnist at the Jakarta Post, Bangkok Post and various international media. He was the Director General/Head of the Agency of Research and Development on Human Rights, Ministry of Law and Human Rights (September 2006 – October 2010). In 2008, as recognition of his contribution to promote and protect human rights in Indonesia during its most crucial period of transition from thirty two years of authoritarian rule to a democratic system, he was awarded Honorary Doctorate Degree on Human Rights and International Peace by Hartford Seminary, Connecticut, USA.