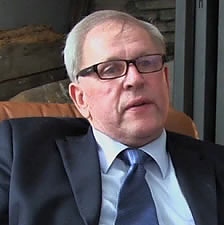 Other activities
1973-1983 Spokesman of the French Societies in NY and President of the Alsatians in NY
1973-2012 Board Member, Feris Foundation USA (PhD Exchange Program)
1989 to present, Board Member of Operation Smile, an organization, which since 1982  transfers medical know-how and operates around the world children with facial deformities. (As of today, more than 250,000 children). In one hour operation, these children become free from the mask of shame they are imprisoned in providing them a new life, a better choice and dignity.